Tibet's climate is cold and typical of high-altitude plateau climate. However, Tibet is a huge tract of land, and the different regions of Tibet have varying climate. Another notable feature of Tibet's climate is dry. The Tibetans call Tibet “The Land of Snows.” Yet, most of the years, Tibet only receives average annual precipitation (rain and snow) of around 18 inches (460 mm) and much of this precipitation falls during the summer months from May to September.

In general, the climate in Western(Ngari) and Northern Tibet(Nagqu) is cold and dry; while the climate in Eastern(Chamdo) and Southern(Lhoka/Shannan) is moderate and humid. There're obvious vertical climate zones in Tibet.

So for travelers, the best time to visit Tibet is during Spring and Summer, specifically, from the months of April up to October, though you can visit some parts of Tibet all year-round. Here is very detailed climate information, including the weather on popular tourist destinations.

A. Distinct Characteristics of Tibet Climate

The climate and weather conditions in Tibet show some distinctive characteristics that you would seldom experience in places of the same latitude as Tibet. These distinctive features include the following:

Tibet is bound by two huge mountain ranges, namely: the Himalayas in south and southwest and the Tanggula Mountain Range in the north. Characterized by strong winds, rarefied, and low humidity atmosphere, the Tibetan Plateau is greatly exposed to cool arctic air. The Qiangtang region, for example, doesn't have trees or any large farmlands. So, you'll see grasslands in this area, which is almost two-thirds of the total area of Tibet. It stretches for almost 1,600 kilometers and features vast highlands as well as giant lakes.

Tibet is also barely penetrated by the southern tropical air masses because of the Himalayan barrier. Thus, it gets minimal rainfall throughout the year because the Himalayas blocks the rain-bearing clouds from the Indian Ocean and Subcontinent of India.

Tibet is a high-altitude place with an average elevation of more than 4,000 meters. So, when you visit Tibet, you might feel a little bit uncomfortable due to rarefied air. Well, it's the common symptom of altitude sickness and for most people. Symptoms of which include headache, vomiting, trouble in sleeping, dizziness, tiredness, and shortness of breath. Please don't worry about this cos it would get recovered in 2 days after your body adopts the high-altitude conditions.

The temperature may greatly vary between daytime and nighttime. For example, Lhasa's maximum daytime temperature is 30°C in summer, but it can radically drop to 2°C during the late-night time and early morning. This bitter cold temperature is further aggravated by the flow of gale winds throughout the area. Thus, in Tibet, you can experience four seasons even in a day!

The solar radiation is very strong in Tibet. Well, this is understandable considering its extremely high altitude. Compared to other places with the same latitude, Tibet gets more than twice as much solar radiation. This means that you will be bombarded with more UV lights when you are in Tibet. So, to protect yourself from extreme UV light, you need to bring your sunglasses, a sun hat, and sunscreen to protect yourself from sunburn and other detrimental effects of too much UV light exposure.

The rainy season is very much distinct in Tibet with the rain season starting from April to May in Eastern Tibet (Zayu and Mêdog Counties). Then, the impact of the rainy season gradually sets in the middle(Lhasa and Shigatse areas). The whole of Tibet is then affected by the rainy season by July. Moreover, around 90% of precipitation occurs between May and September. If you visit Tibet during these months, you’ll be surprised by the fact that most of the rain happens during nighttime. 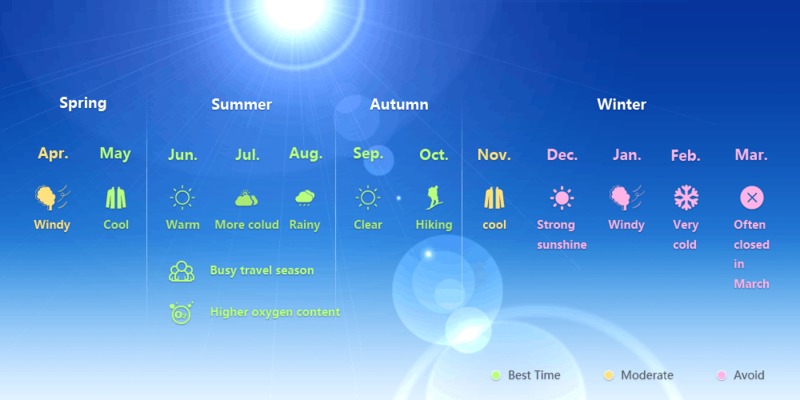 B. Weather Condition in the Tourist Destinations

If you are going to tour Tibet, you might be interested in the weather conditions of the tourist spots frequently visited in Tibet.

Lhasa is the most commonly visited place in Tibet, being the capital city of Tibet. It is situated at an altitude of 3,500 meters (11,500 feet) above sea level. It is also referred to as "the city of sunlight" because of the ample sunlight it receives throughout the year. In fact, it has almost 3,021 hours of daytime every year as compared to the Sichuan and Taipei Basins that receive only 1,000 hours of sunshine per year.

Summer in Lhasa is also mild with cold nights. During winter, nights are freezing cold, but it's still warm in the daytime. At winter night, you have more chances to view the starry sky. Sometimes, light snowfall occurs.

The best months to visit Lhasa are May, June, September, and October. July and August are the rainiest months, but it mainly rains at night, so your tour plan will not get affected. Moreover, Lhasa has a relatively mild climate throughout the year. It is neither too cold during winter, nor too hot during summer. So, Lhasa is a perfect destination to visit of the year. 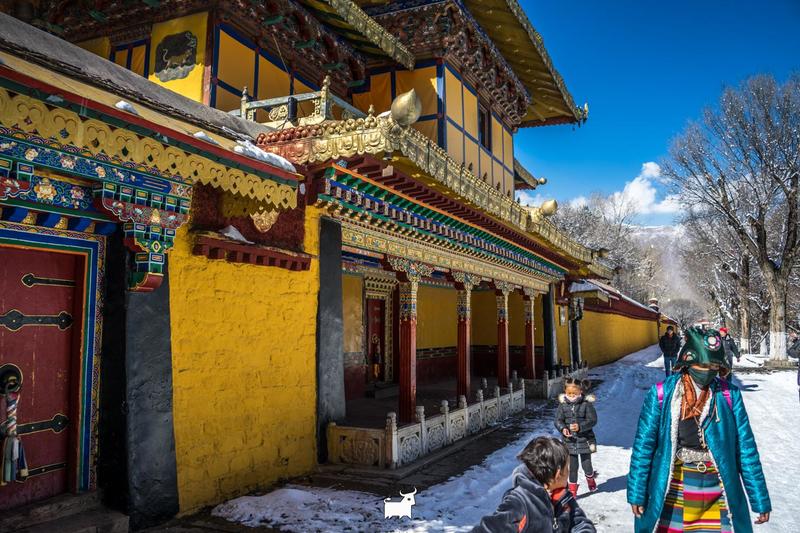 2. Climate in Everest Base Camp

The best place where you can have a clearer view of Mount Everest—the highest mountain in the world—is at Everest Base Camp (EBC). It is situated west of Tibet and belongs to Shigatse Prefecture. It is at the edge of the Subcontinent of India, and thus, the Indian Monsoon still influences it, bringing in clouds and moisture during the months from June to August. The cold months in Everest are from December to January.

So, if you want to have a trekking tour at the foot of Mount Everest, you should visit the Everest Base Camp in-between the rainiest and the coldest months. This means the best time to visit EBC is from April to May and September to November. During these months, the climate is moderate. 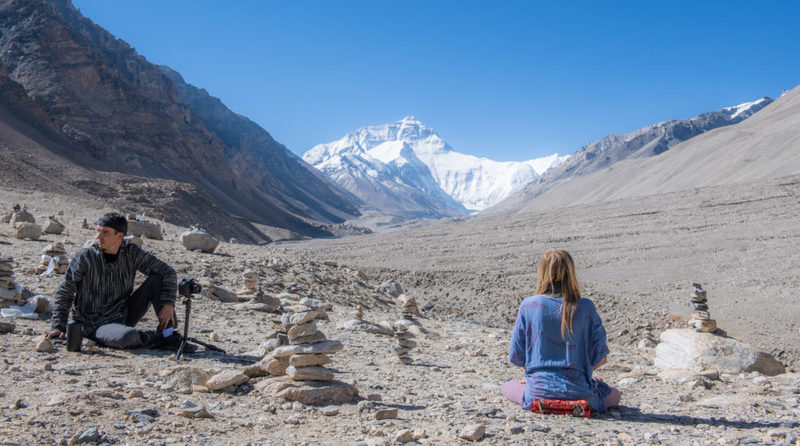 Just like the climate in Lhasa, Shigatse—the second largest city of Tibet—has a clearly demarcated wet and dry seasons. January and February are the driest time of the year. Shigatse is slightly higher than Lhasa in altitude and is closer to the Himalayas than Lhasa. It has semi-arid and harsher weather than Lhasa.

The best months to tour Shigatse are from April to November, considering that the temperatures are fairly stable during these months. The best time for trekking tours here is from April to May as well as from September to October. Still, you can travel to Shigatse all year round. 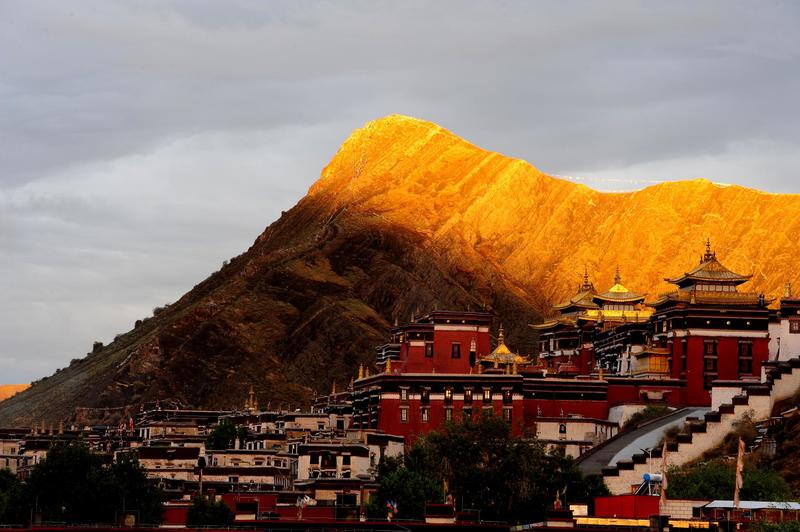 The Mount Kailash and Lake Manasarovar are frequented by pilgrims and tourists because these two places are considered sacred by several faiths - Buddhists, Hindus, Jains, and Bons. These two places are nearby and all located in Ngari Prefecture.

The best time to visit Mount Kailash is during spring and autumn, outside of the rainy season of June, July, and August to avoid muddy roads and foggy atmosphere.

The popular months for trekking around Mount Kailash are from April to May. During this period, you'll get warmer temperatures and you'll see blooming flowers along the roadside. Besides, days are longer during this period with more warm sunlight.

The period from September to October likewise offers an excellent time for trekking with a clear sky and more oxygen and higher temperatures. You can also schedule your visit to Mount Kailash during the Saga Dawa Festival when many pilgrims from all over Asia and Tibet come to engage in Kora around Mount Kailash. 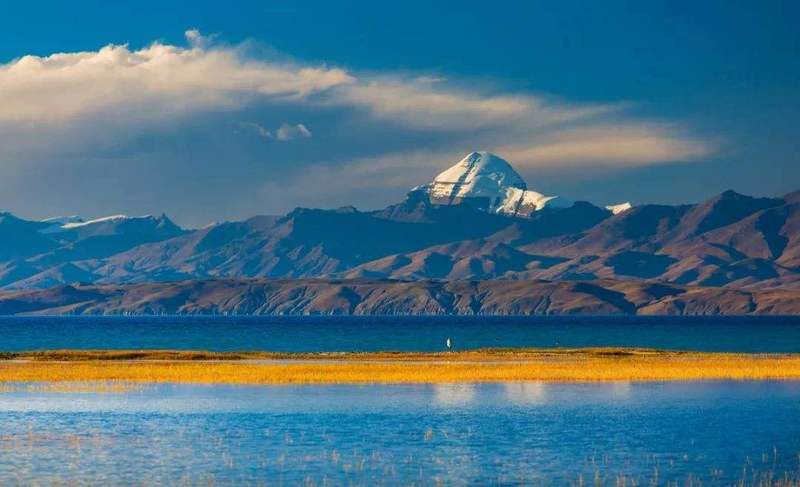 Tsedang lies just south of Lhasa and the weather there is mild with warmer temperatures. This place is known as the "Cradle of Tibet Civilization.” Lhoka is the ancient land that lies along the Yarlung Tsangpo River's lower reaches. This area is bound by Shigatse to the west and Lhasa to the north. Nyingchi to the east and Arunachal Pradesh and Bhutan to the south.

The climate of Lhoka doesn't exhibit the four distinct seasons and doesn't have a real summer. Winter here is mild and warm.

The best time to visit Lhoka is from June to August, though you can visit the prefecture all-year-round because it has more temperate sub-tropical weather. The temperature in Lhoka and the rest of Tsedang(tourists gathering place in Lhoka) is milder than that of Lhasa because it lies in a river valley, which makes the area perfect for all-year-round visits.

Best Time to Trek Samye and Ganden Monastery would be from April to June, along with September to November. 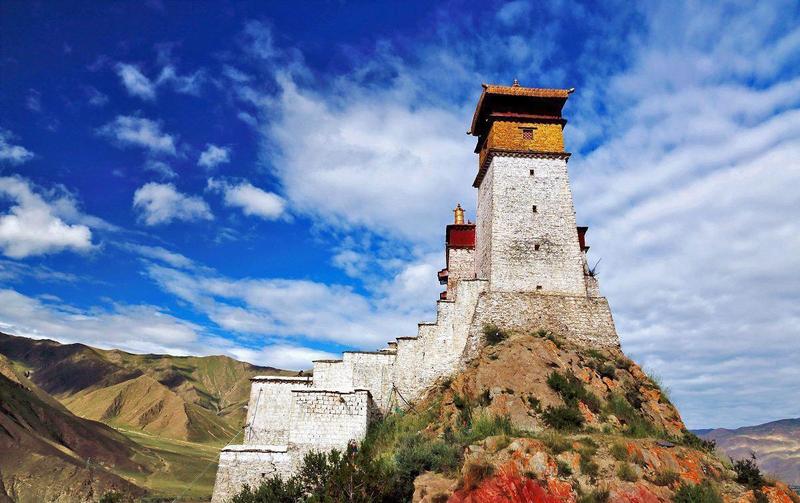 Nyingchi is considered the lowest region of the Tibetan Plateau with a 3,000-meter average elevation. Classified as a warm and temperate zone in Tibet, Nyingchi is abundant in rainfall with an average annual rainfall of around 650 milliliters. It is known for its warm and mild climate.

The Best Time to Visit Nyingchi is during spring and autumn. Spring lasts from March to early May. During this time, the weather is pleasantly warm, and the place is astonishingly replete with peach blossoms. During Autumn, Nyingchi readily turns golden with all the trees shedding their summer leaves. The whole surrounding is blanketed with leaves and the view is enhanced by the backdraft of snow-capped mountains. Nyingchi is also can be visited all year round. 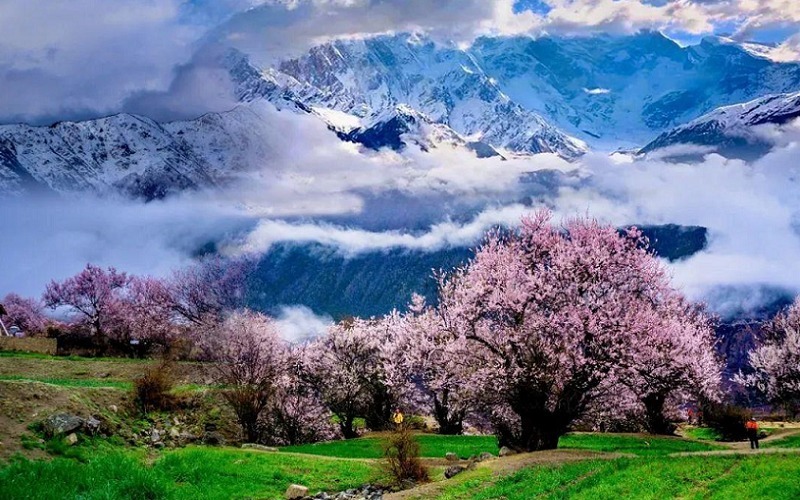 As mentioned above, the best time to visit Tibet is from April to October. So starting from April, more and more domestic and international tourists flock to the main tourist sites of Tibet. The Peak Tourist Season is from July to September.

The advantages of traveling during peak season include having the benefits of a comfortable, warm and mild weather. Besides, the oxygen levels are higher during this time of the year. Plus, all the main attractions and tourist sites are open.

The low travel season is from November to January. During this period, some tourist spots would get closed, such as Lake Namtso, Mt.Kailash, etc. However, if you are going to travel to Lhasa and nearby regions along the Friendship Highway, winter is still a good time to go.

During the low tourist season, you may enjoy the free attractions' policy, discounted transportation, accommodations, airfare, less crowd and so on.  And the average temperature during winter in Lhasa is 9.5°C and you'll get to experience lots of sunshine during the daytime.

Tibet is a vast and expansive tract of land with a variable climate from region to region. So, the best time to visit Tibet depends on where you would like to visit and what you want to see. Lhasa, Shigatse, Lhoka, and Nyingchi can be visited all year round due to the mild climate. But Ngari(where Mt.Kailash and Lake Manasarovar are located) and Nagqu(Lake Namtso) are not advisable during winter time - from November to March due to the harsh climate.

And of course, when to come is entirely up to your schedule, even your preferred time is not in the recommendation list, we can still arrange your trip.

Also, we provide various Tibet group tour packages with multiple departure dates for your choice. If you have anything unclear, please feel free to contact us.