Tibet and Nepal are two wonderful tourist destinations in the Himalayas. They are adjacent to each other and are both landlocked. Because of this proximity, they have many commonalities. Geographically, they share a sizeable portion of the western Himalayas, including the majestic Mt. Everest—the highest mountain in the world. Culturally and historically, they share some commonalities likewise. 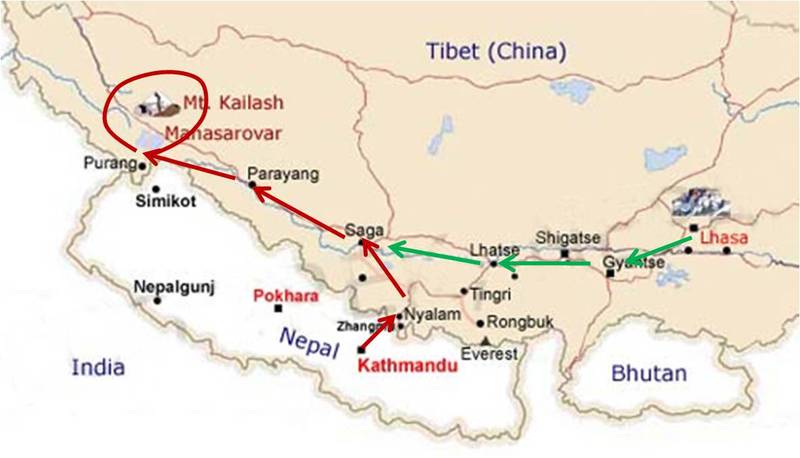 Tibet and Nepal on map.

Similarities Between Tibet and Nepal

The similarities between Tibet and Nepal are borne of their proximity with each other and their long history of being trade partners throughout the centuries. Here are some of their most obvious similarities:

Tibet and Nepal Both Have High Average Elevations

Both Tibet and Nepal are situated high up in the Himalayas. Tibet is on the northside of the Himalayas, while Nepal is on the southern side. Both also claim Mount Everest and share that distinctive tag of having the highest mountain in the world. Tibet has an average altitude of more than 4,000 meters (13,123 ft), while that of Nepal is 3,265 meters (10,712 feet).

In Tibet, the altitude of the northwest is higher while the southeast is lower. There are five mountains with an elevation of more than 8000 meters(26,246 feet).

Nepal may have a lower average elevation than that of Tibet, but its average elevation is still remarkably high. Nepal might have the most complex terrain in the world. There're eight mountains with an elevation of more than 8000 meters (26,246 feet). While in Kathmandu, the altitude is just 1300 meters (4,265 feet). This kind of feeling is really wonderful so that many tourists regard the hang gliding in Pokhara, Nepal as the most exciting experience in the world. 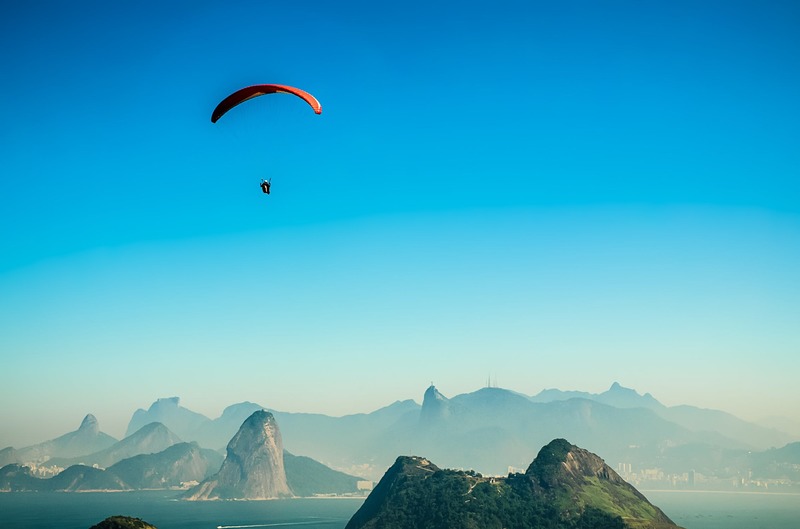 Both are Deeply Influenced by Buddhism!

Nepal is the birthplace of Siddhārtha Shakyamuni who was born in Lumbini, Nepal. Despite this fact, Nepal is less Buddhist than Tibet with only 10.74% of Nepal’s population being Buddhist. Moreover, Buddhism in Nepal is second only to Hinduism in terms of the number of adherents. About 86.2% of the local people believe in Hinduism, which is the major religion in Nepal.

Buddhism, however, has played a major role in the tourism of both Tibet and Nepal. Every year, thousands of devotees and adherents of Buddhism visit Tibet and Nepal to do a pilgrimage to some of the sacred sites of both places. Thousands of travelers visit Nepal to see the Swayambhunath Stupa, Swayambhu Maha Chaitya, and Boudha Stupa. In Tibet, however, many tourists and pilgrims visit Tibet’s famous Buddhist monasteries and temples like the Jokhang Temple, the Potala Palace, Mt. Kailash, Lake Manasarovar, and other monasteries. Pilgrims usually do the Kora around these sacred sites. 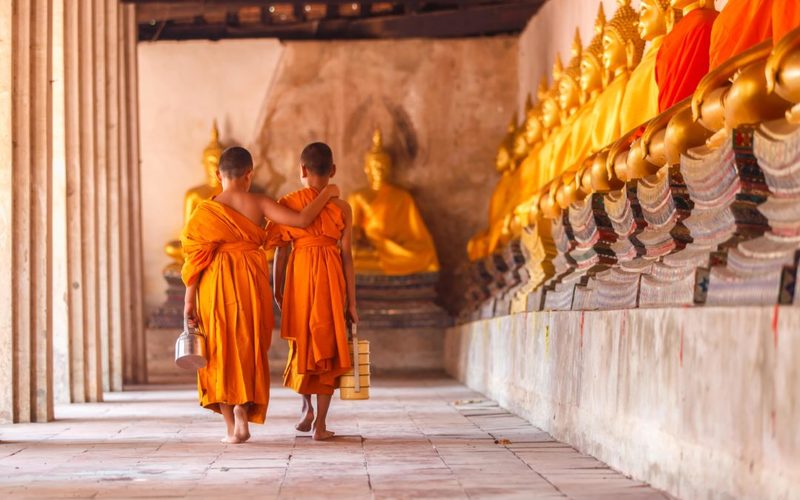 Buddhism played a major role in the tourism of both Tibet and Nepal.

Differences between Tibet and Nepal

As mentioned above, the geographical difference between Tibet and Nepal is remarkable. Tibet is mostly situated in the Tibetan Plateau, and its climate is somewhat dry and harsh. Tibetan Plateau features varied landscapes that are generally shaped by its high attitude. In Tibet, you'll see high-altitude lakes, vast prairies, open plains, and snowcapped mountains.

Geographically, Tibet can be divided into two regions called "the lake region” and the “river region.” The lake region, in the north-west and west Tibet, has more nomadic inhabitants while the river region in east, west, and south Tibet is more agricultural. 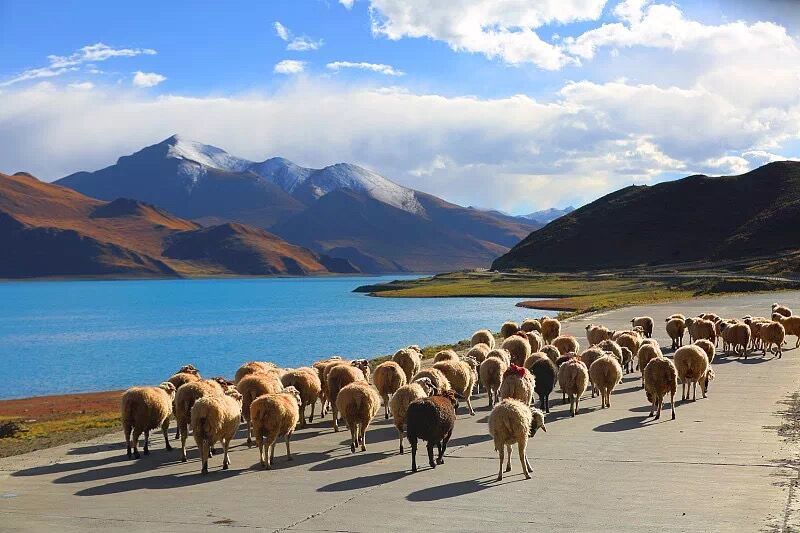 There's a stronger Buddhist atmosphere in Tibet. More than three-quarters of the population are devout Tibetan Buddhists. Although there are still some followers of Bon - the ancient religion in Tibet, Buddhism has long been the official religion of the land. Because of the great majority of Buddhists in Tibet, Buddhism has greatly suffused the way of life of the Tibetan. In fact, it is not superfluous to say that it is hard to separate their way of life from Buddhism.

Nepal is predominantly influenced by Hinduism. This religion has pervaded Nepal's social structure, although Buddhism is also a major influence in Nepal. Hence, you’ll see Hindu temples sitting side by side with Buddhist temples in Nepal. 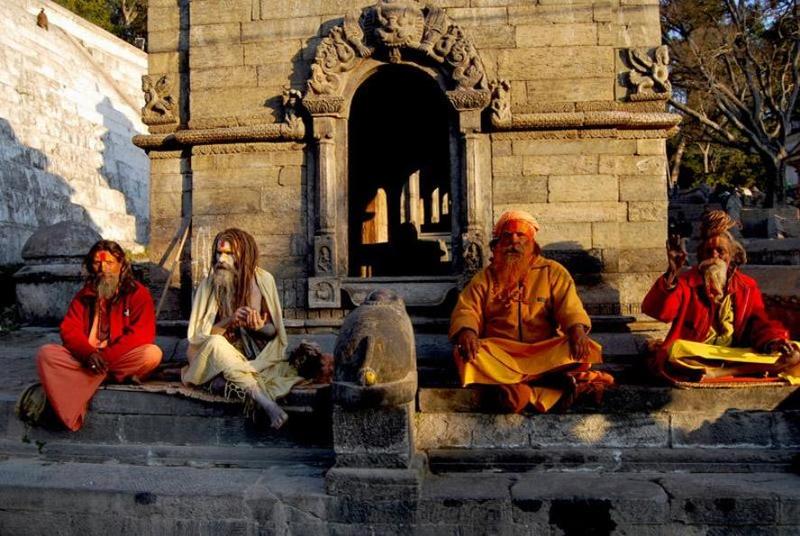 Nepal is predominantly influenced by Hinduism.

Several factors brought about the present culture of Tibet. Its partial isolation from the outside world played a crucial role in shaping its culture. Furthermore, the pervasive influence of Buddhism has colored every facet of Tibetan life. Buddhism also evolved on its own in the Tibetan Plateau leading to the development of a unique Tibetan Buddhism.

Nepali Culture, on the other hand, is more influenced by the subcontinent of India throughout the centuries, though Tibet also played a role in the shaping of Nepali culture. Tibetans and Nepali also have different languages. Moreover, their festivals, although both religious, also have a tinge of differences from each other.

There is also a significant difference between the climate of Tibet and Nepal. Since Tibet is isolated by the Himalayas, it only catches a minimal amount of rainfall throughout the year. The mountain ranges usually catch much rainfall before rain clouds reach the Tibetan Plateau. So, most of Tibet is either desert steppe, permafrost, or tundra.

Much of Tibet generally experience frost for six months every year. Its lakes, especially, those of the highest lakes, have ice from the months of October to March. Tibet's weather is also characterized by strong sunshine, cold and dry air, and a huge difference in the night and day temperature. Moreover, it's high altitude results in lesser oxygen, thin air, and lower boiling point for water.

On the other hand, Nepal's latitude is almost the same as that of the state of Florida which is tropical. And, because of its varied elevations, it has eight distinct climate zones ranging from tropical to constant snow. The tropical zone is in the part of Nepal that is lower than 1,000 meters where you will find the best papayas, mangoes, and bananas. This region is called "Terai." 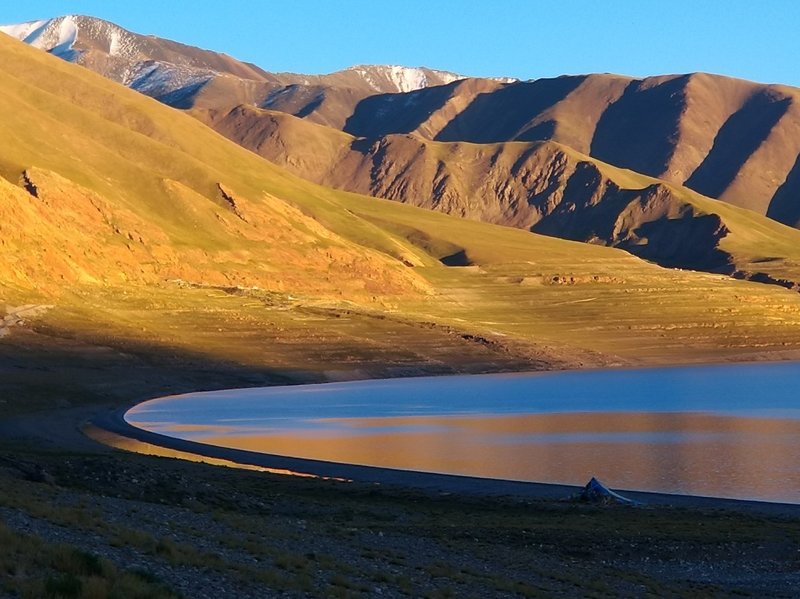 Most of Tibet is either desert steppe, permafrost, or tundra.

Because of the radical difference in their climate, Tibet and Nepal have different peak tourism seasons. The main travel season in Tibet is from spring to autumn with peak periods from April to October. Its off travel season is from November to January.

Tibet and Nepal have different travel policies. Tibet has stricter policies when it comes to tours inside Tibet. First, you need to have several documents before you can start touring this land. These necessary documents include the Tibet Travel Permit and Chinese Visa. However, if you are traveling to areas near the borders of India or Nepal, you need to have a Frontier Pass, while if you are traveling to militarized areas like Ngari or Nyingchi, you need to have a Military Permit. Lastly, you can only have your Tibet tour organized by a travel agency in Tibet, and this tour should be pre-arranged.

Nepal, on the other hand, has a more liberal travel policy. Travelers can enter the country with a simple tourist visa. You can get this visa upon arrival in Kathmandu, applying with your own passport. Moreover, with this visa, you can tour any place in the country with little or no restrictions at all. 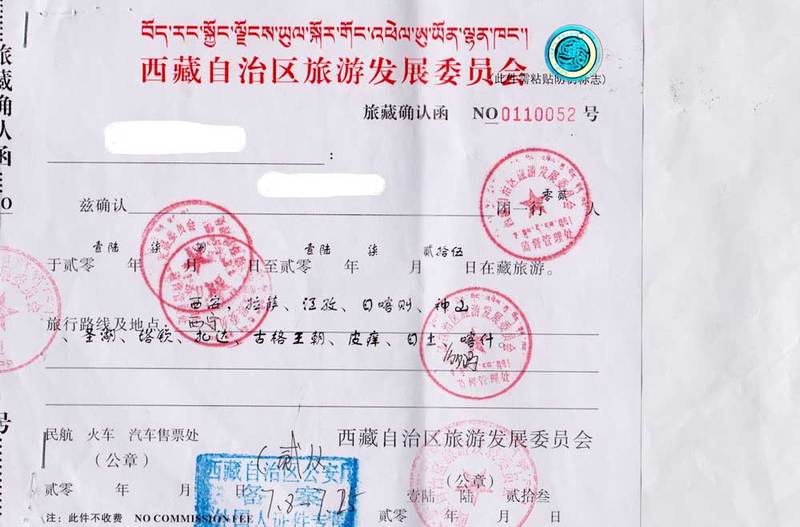 Different Ways of Reaching the Capital Cities of Tibet and Nepal

Tibet’s capital is Lhasa while that of Nepal is Kathmandu. Both have their own airports. Tibet has the Lhasa Gonggar Airport and four other airports in the different Tibetan prefectures. Nepal has Kathmandu’s Tribhuvan International Airport.

Between Kathmandu and Lhasa, you can either take a flight or have an overland tour via Gyirong Port, along the Sino-Nepal Highway.

Tibet is an amazing place to visit because of its rich history, Buddhism culture, and awesome natural sceneries and wonders. It has Lhasa with the Potala Palace and the Jokhang Temple, which are both UNESCO World Heritage Sites. Tibet also has sacred lakes like Namtso, Lake Yamdrok, Lake Manasarovar, and many more. Plus, it has famous monasteries like Rongbuk, Samye, Tashilhunpo, Ganden, Drepung, and Sera Monasteries. It also has Mount Everest—the highest mountain in the world, and Mount Kailash—the most sacred mountain in Asia. Especially, after the completion of the Qinghai-Tibet Railway, millions of tourists annually flock to Tibet from mainland China and other parts of the world.

Nepal has Kathmandu— its capital city—which is also a famous tourist destination. This city is so unique that you will never find another city with such an exotic atmosphere like this in the world. Kathmandu also has many UNESCO World Heritage Sites such as Durbar Square and Boudhanath Stupa (Bodhnath).  Nepal also has Bhaktapur - a Royal City and Swayambhunath (Monkey Temple) on a hilltop west of Kathmandu and many other tourist sites that deserve a visit. By the way, Nepal is the world's top 1 trekking paradise. Especially, those routes that lead to Annapurna Region and Mount Everest Base Camp. Plus, Nagarkot, a village facing the Himalayas, which is regarded as the best of all lookout of the Himalayas. In some parts of Nepal, tourists also enjoy wilderness activities like mountain biking, rock climbing, bungee jumping, trekking, bird watching, paragliding, hot air ballooning, and hiking. 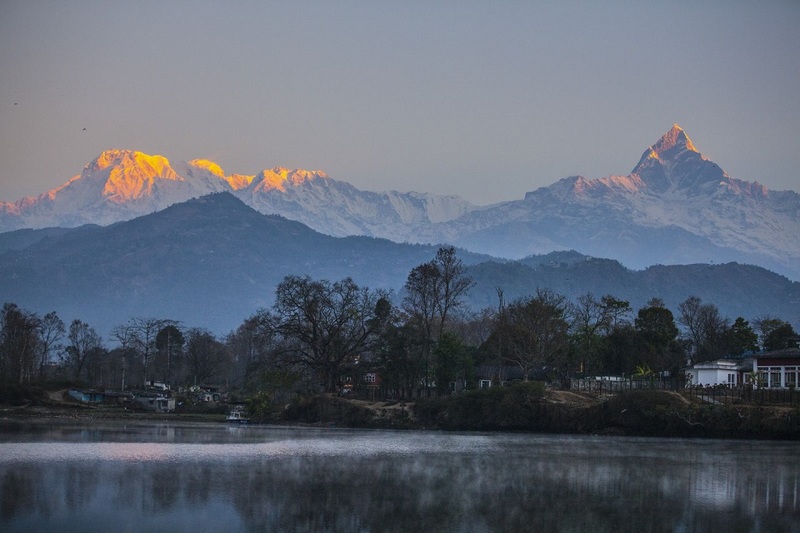 The most beautiful perspective of the Himalayas.

These tours usually take 7~13 days and may include an epic journey across the scenic Kathmandu Valley to the mesmerizing sceneries of Tibetan Plateau. They are also mostly cross-border tours that let you see the rural areas and other cities of Tibet and the other towns of Nepal. Moreover, these tours let you visit the Everest Base Camp (EBC) and enjoy the amazing scenery of friendship highway along the way.

Many people have grown to associate Tibet with Nepal because, in many history books across the globe, both lands are usually discussed together. Both lands have commonalities that sometimes confuse many people. However, a keen mind will readily notice the stark differences between these two Himalayan lands. It is also these stark differences and similarities that make these two landlocked destinations worth visiting and exploring together.